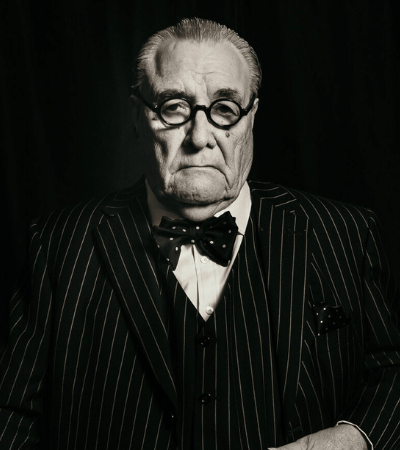 This one-man play is set in the year 1963 and follows a White House Ceremony during which President Kennedy made Churchill an honorary citizen of the United States of America. Due to health reasons, Churchill was unable to attend the ceremony so the American Oxford Society have honored Churchill with a celebration dinner. The location of the celebration dinner is Blenheim Palace, the famous stately home near Oxford and was where Churchill was born. The Society president has asked Churchill to give an informal talk on the significant events in his life including the American contribution. With his renowned reputation for oratory and humor, Churchill’s audience is enraptured as he recounts the path that led to his wartime leadership, the US influence in his life including the many US presidents he met and the man he described as ‘The most famous author in the world!’ He also reflects on the importance of two of the most important women in his life – his wife Clementine whom he called Clemmie and Queen Elizabeth 2nd who ascended the throne during his second term as British Prime Minister.