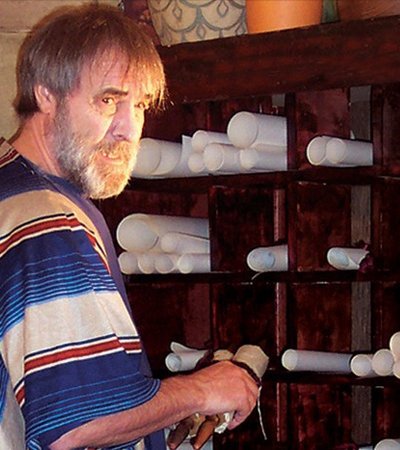 The apostle Paul is under house arrest in Rome and faces almost certain death. A new Servant girl has been appointed to attend him but something in her past presents the apostle with a major and unexpected challenge.

In dealing with the challenge, Paul discovers that that the servant girl’s mother was one of the early believers, and at a time when he himself was then known as Saul whose sole mission was to destroy the early church.   Because her mother died when she was just a girl, she is unsure of many of the things her mother believed and in a quest to find out more about her mother’s faith she peppers Paul with question after question.   In answering those questions he finds himself drawing from many of the things he has previously written to churches and individuals.

Using dialog taken almost entirely from the New Testament, the Bible takes on a new, thrilling dynamic as this touching drama unfolds.

A thrilling and touching drama, Paul the Apostle : Prisoner of Passion is unmissable. David Payne is mesmerising in this one man show

Review by Joe Bloggs from The New York Times

Review by Joe Bloggs from The New York Times

David Payne as Paul the Apostle